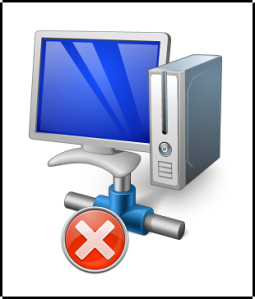 Once installed and configured, OpenInsight systems usually just run and run with little to no maintenance, other than the usual database related admin that is inevitable.  However, from time to time, some things have to change on business networks and this can often introduce a change to something that OpenInsight relies on.  Maybe a permission changes, a changed setting gets put back to a default during a platform upgrade, etc.

For example, new server and workstation deployments often contain default firewall rules that block OpenInsight from communicating with the Linear Hash service on the server. When this occurs an FS1019 message will appear during OpenInsight start-up.  Error message FS231 is also quite common with network related issues.

Revelation VARs have traditionally been application and data specialists and the networking side was a very small part of their business or something that was part or wholly contracted to a third party or simply left with the end user’s IT department.  Today, there is a myriad of networking options, configurations and things to think about when deploying all types of software to both desktop and web based clients.  It is therefore no surprise that the vast majority of our support calls these days are of a networking nature.

As many of you will know, Revelation has a growing library of knowledge base articles that are mostly written to address current issues and questions that our VARs are asking.  One such article takes on the topic of troubleshooting the scenario when OpenInsight is unable to connect to a database using the Universal Driver – a much needed and much valued tool when running OpenInsight on modern operating systems and over local and distributed networks.

Entitled ‘TCP/IP Port Check Utility for the Linear Hash Service‘ the knowledge base article looks at the issues and it contains an extremely useful utility and trouble shooting procedures to verify communication with the server.  Those of you that have contacted Bill in the RevUK, will have been pointed to the utility as a first port of call in working through the troubleshooting workflow.

For further information and to download the utility please visit www.revelation.com/o4wtrs/KB_Articles/KB0269.htm.

One thought on “A much used Utility for UD Troubleshooting”