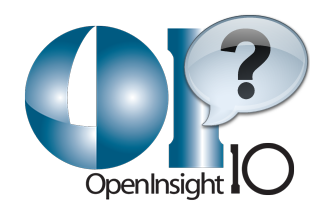 As many of your will know, I have been a avid supported of OpenInsight 10, working with the alpha, beta and now every release since it was released to the world.

With every new release I find something that makes my life as a developer easier, faster and more pleasurable.  Only last week, I stumbled on the fact that I no longer need my VScroll code to make tab controls work, you now only need the click event and OI10 take care of the rest.  Yet another example of more of my code that I can remove in place of professionally written and optimised code and a time saver for the future when adding new tab controls to my forms.

So, what is new in OpenInsight 10.0.6, which has just been released.

Click HERE for a copy of the OpenInsight 10.0.6 ChangeLog.